Predating Harley-Davidson by two years, Indian Motorcycle developed its first motorized bike in 1901, the sub-2 hp Indian Single, and began a journey with more peaks and valleys than the Blue Ridge Parkway, including bankruptcy and multiple reboots and busts. Through much of it, the Chief model, introduced in 1922, has remained a pillar for Indian, even during the years when there was no functioning brand to support. Under ownership of Polaris Industries for the last decade, Indian is riding strong once again and is celebrating the 100th anniversary of its mainstay with the 2022 Indian Chief lineup.

The revised Chief range comprises three variants aimed at specific rider profiles. The standard Chief (starting at $14,499) is for the biker that eschews bells and whistles. It features a 26-inch-high single seat, mid-mount foot controls, drag bars and a 19-inch front wheel. The Chief Bobber (starting at $15,999) upholds the less-is-more body style of its postwar predecessors with their bobtail, or truncated, back fenders and ample room for personalization. Mini-ape hanger handlebars, foot controls placed farther forward, and a ride setup that keeps the biker tall in the saddle while cruising on 16-inch wire wheels define this Chief’s character.

Completing the trio is the Super Chief (starting at $18,499), the bagger of the bunch, designed to easily absorb the miles on extended road trips. Equipped for the long haul, the bike includes saddlebags totaling 9.7 gallons of storage, a touring seat with passenger pad, floorboards and a removable windscreen. 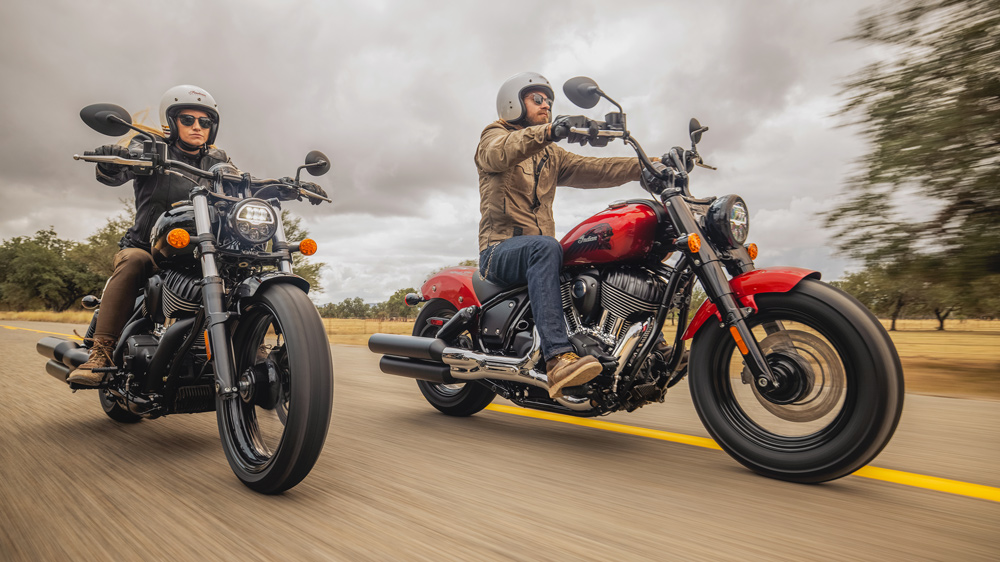 Each version finds common ground with Indian’s Thunder Stroke 111 V-twin, generating 108 ft lbs of torque, set within a steel-tube frame. Also shared is a 64-inch wheelbase, 46 mm front forks with 5.2-inch travel, preload-adjustable rear shocks, and a four-gallon fuel tank. And the wheels wear Pirelli’s Night Dragon rubber, designed to maximize the surface area of contact for improved grip and created for machines with a greater level of acceleration. (Did we mention the 108 ft lbs of torque?) 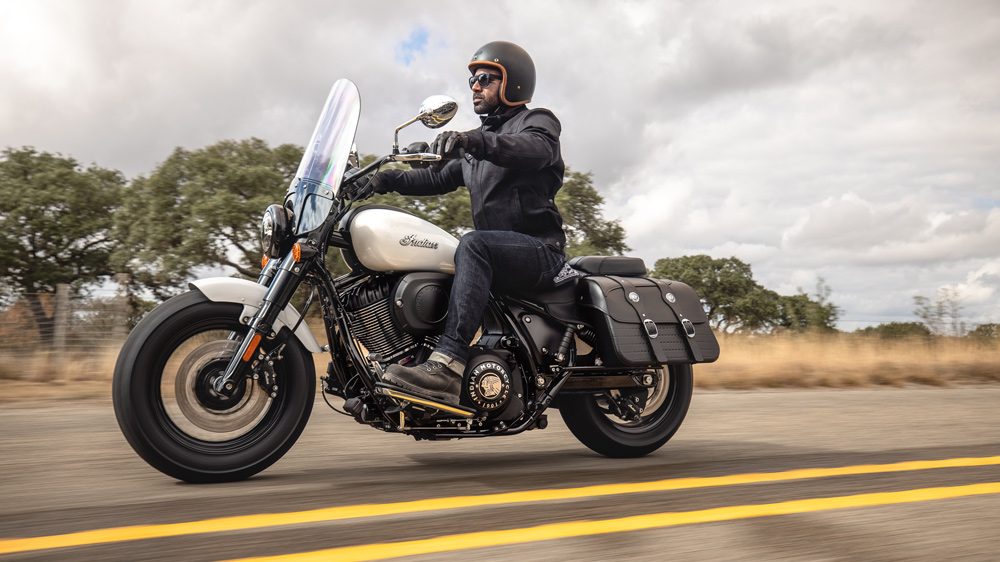 Although the new Chief is stylistically straightforward, it’s not without the embellishment of rider assists, as evidenced by its cruise control; three ride modes (Standard, Sport and Tour); keyless ignition and the option of an anti-lock brake system (ABS). 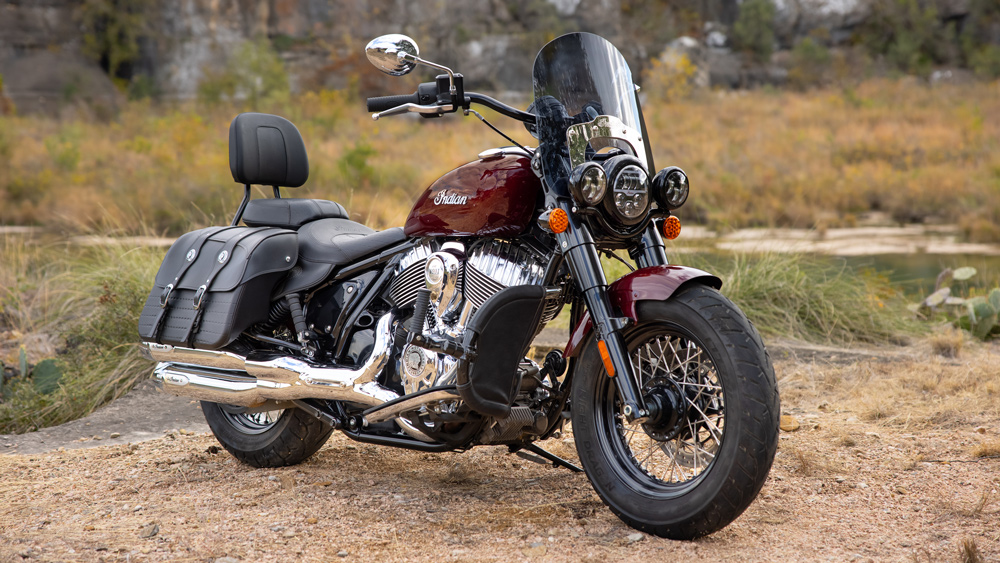 Ratcheting up the Chief’s performance and presentation is the Dark Horse trim package for the Chief and Chief Bobber (starting at $16,999 and $18,999, respectively), and the Super Chief Limited (starting at $20,999). The top-tier configuration for each includes an upgrade to the Thunder Stroke 116 motor responsible for 120 ft lbs of torque, ABS as standard, and a 4-inch circular touchscreen display with navigation functionality and Bluetooth connectivity.

As if that’s not enough, a selection of more than 80 accessories, from exhaust tips to backrests, have also been tailored to the Chief in all its iterations. It appears that the 2022 Chief lineup, arriving at dealerships in April, is as versatile as Indian Motorcycle is resilient.