Anyone who bowls or has gone to a luau knows that a comfortable shirt is key to enjoyment, forget the button-down oxford with the tails tucked in. And nobody who worked with automotive innovator Carroll Shelby back in the Sixties had any use for tight-fitting team uniforms when there were wrenches to turn, tires to change and race cars to fuel.

One man who was at Shelby American in 1965 is Jim Marietta. His first job with Shelby was at the race shop on 1042 Princeton Drive in Venice, Calif. Today, his company is known for building the Original Venice Crew (OVC) Shelby G.T.350 Competition Model, the best, most authentic continuation Shelby G.T.350 made, probably because he and his business partner Ted Sutton wrenched on the original Shelby G.T.350 and Cobra competition cars back in the day. Marietta also remembers the functional shirts and jackets that were part of every crew member’s wardrobe, and still owns several original pieces.

“When we began building our continuation Shelby G.T.350 competition cars, enthusiasts asked for period-correct Shelby American clothing, too,” says Marietta, CEO of the Original Venice Crew and OVC Apparel Company. “As a member of the 1965 Shelby American team, I still owned many of the apparel styles that we sell today. We purchased all of the original pieces we didn’t have, including the world championship jacket owned by Shelby designer Peter Brock. Our team worked with American companies to craft continuation versions duplicating the same processes and materials used in 1965. OVC Apparel’s continuation heritage line is not only authentic to the originals, but pays a lasting tribute to the Shelby brand.” 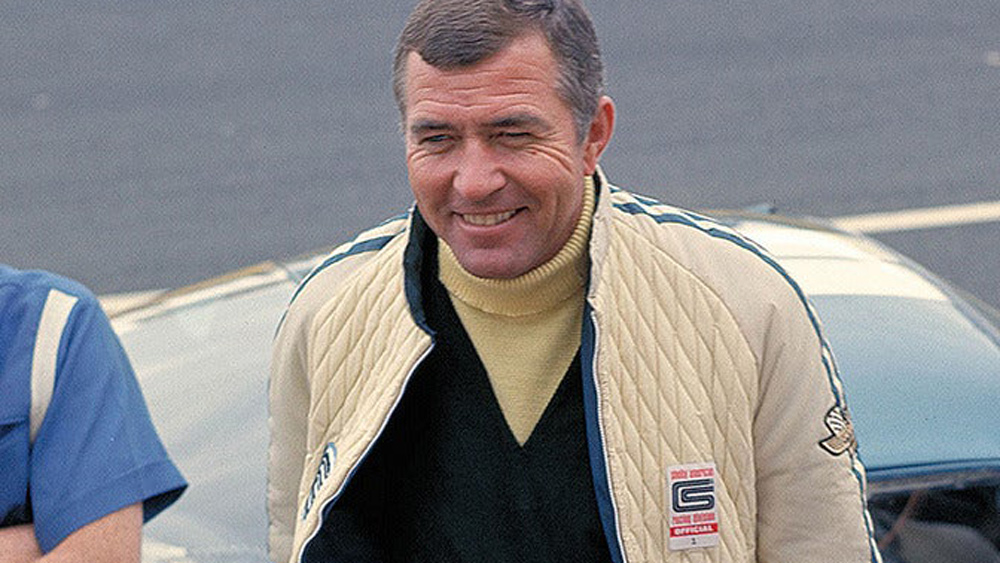 The one and only Carroll Shelby.

The most famous piece is the Shelby American Team shirt, designed by a young Pete Brock, who began with a bowling shirt and added structural details that enhanced comfort. The rest, as they say, is history. Priced at $189 and made of cotton blend, each new one features an iconic “CS” patch, and the chenille COBRA lettering on the back is hand-produced with loop-style embroidery like the original. With only 500 examples being sold, each shirt has a brass number tag in the tail certifying its authenticity. 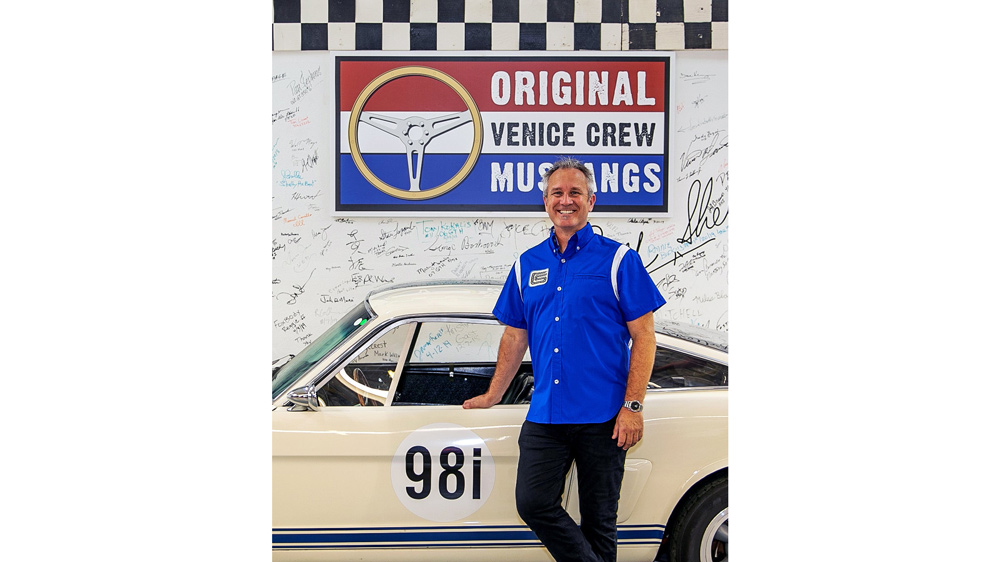 Collectors also need the black-on-white tee shirt, with red “COBRA Powered by Ford” emblazoned on the back, designed by Brock in the mid-1960s and reproduced in a limited run of 250 pieces, priced at $59. Each is numbered and comes with a certificate of authenticity, signed by Marietta, whose own shirt from 1964 was used to create this edition. 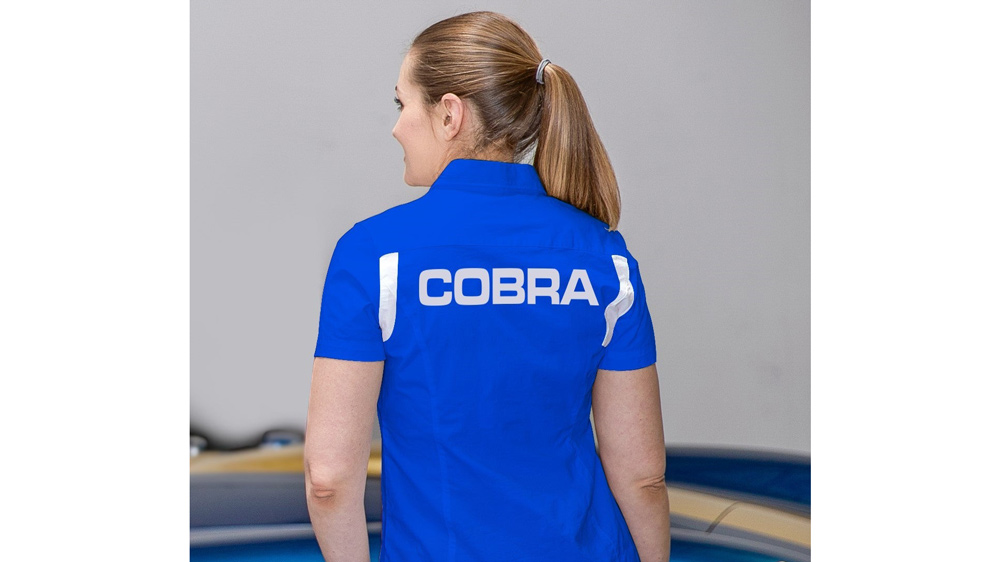 The back of the Shelby American Iconic Blue Team Shirt.

The quilted cotton jacket, in Wimbledon White with Guardsman Blue stripes, made famous in the film Ford v. Ferrari, precisely replicates the original from 1965. Available in limited a run, it’s priced at $379, as is a version of the jacket made for the European Ford team, which featured a Guardsman Blue field with white stripes. None of those originals are in existence today. A vest is also available for $279. 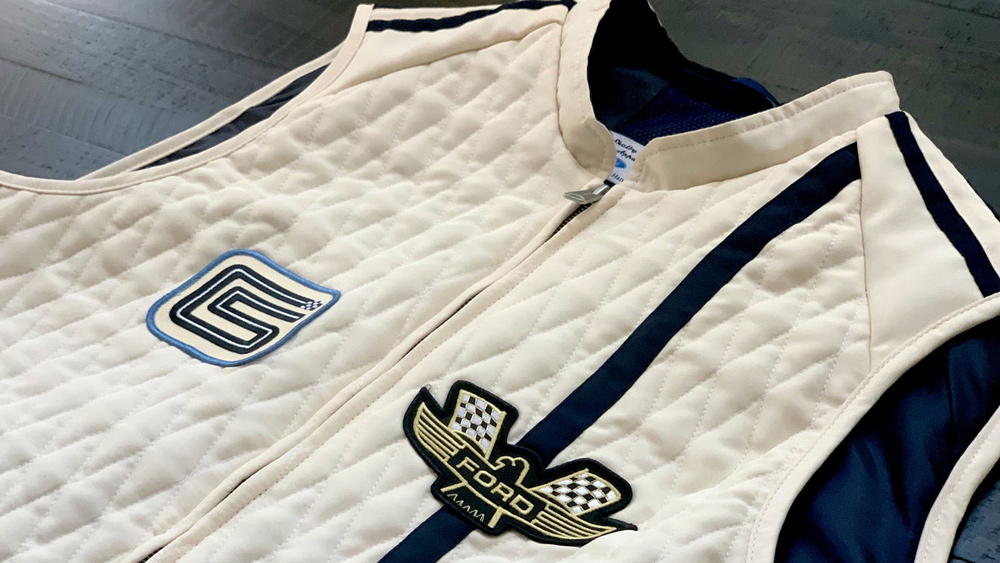 Unlike mere replicas cranked out in huge quantities and by licensees unrelated to the original enterprise, each piece offered by Original Venice Crew has a direct connection to the soul and spirit of the men who stood the race world on its collective head. And the folks at OVC take their project seriously. 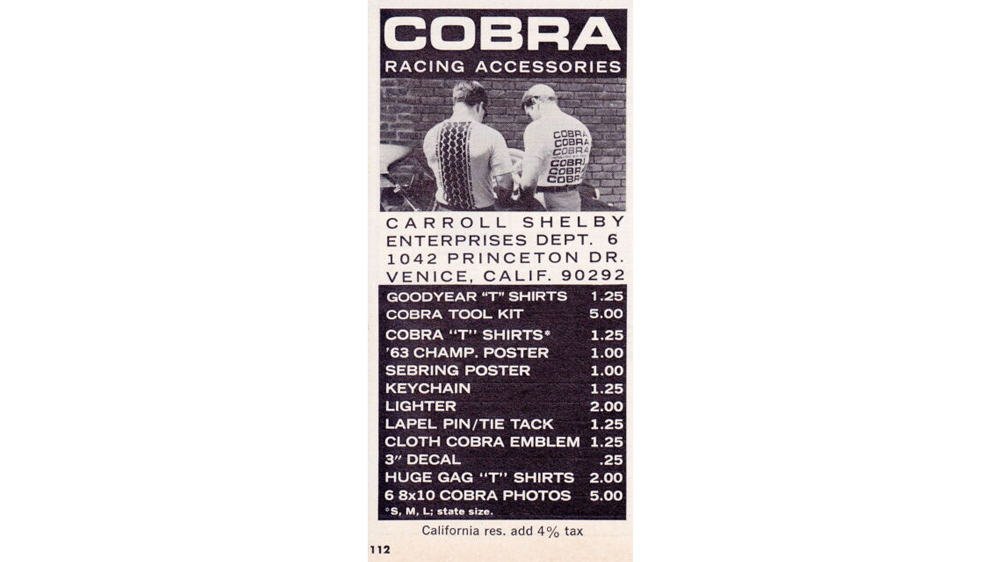 “The jackets and shirts are indistinguishable from the ones the team members wore to the races and other official activities, notes Marietta. “You can be assured that OVC Apparel is made as close to the original as possible, some 55 years later. Each was fashioned from an original Shelby Team garment. We wore the clothing, we remember the fit and feel. We make the best ones for our customers and enthusiasts, and all of our clothing is made in the USA.”