To commemorate Black History Month, Robb Report is publishing a four-part series highlighting Black designers, thinkers and other creators whose pioneering work has shaped the luxury sector. This is installment three.

Computers were considered bewildering new technology in the early 1960s, when astronaut John Glenn was preparing to become the first American to orbit the Earth. His flight preparations occurred right around the time that Atlas first came online, showcasing what some people believe was the first real operating system, and just after the first-ever mass-produced industrial robot started work at General Motors.

That type of thing apparently felt a little too much like science fiction to Glenn, who didn’t quite believe the “new electronic” computations his team said he could trust. So, before he flew Friendship 7, Glenn insisted that an employee named Katherine Johnson double-check the math.

“Call her,” Glenn said. “And if she says the computer is right, I’ll take it.”

Astronaut John Glenn asked Johnson to double-check the math against a computer that had calculated Friendship 7’s path in space. “If she says the computer is right,” he said. “I’ll take it.”

Much of the world learned that story—and the fact that Johnson even existed—more than a half-century later, when Taraji P. Henson portrayed her in the 2016 film Hidden Figures (as part of the Screen Actors Guild Award-winning cast). The film told the story that author Margot Lee Shetterly detailed in her book by the same name, about Black female mathematicians who worked at NASA during the space race.

Johnson started working at NASA in 1953, back when it was still called the National Advisory Committee for Aeronautics. Engineers would assign her mathematical problems to solve, which she did while challenging the status quo and asking them why and how they were assigning the problems in the first place. As NASA puts it today, “None of the other women had ever asked questions before, but by asking questions, Johnson began to stand out.”

Johnson soon found herself as the lone woman sitting in rooms full of white men during meetings and briefings, with her abilities impressing more and more people every day. At some point, the men simply got used to her being in the room and asking questions. By the time President Kennedy decided to send a man to the moon, Johnson was so respected that she was asked to join the team. She helped to calculate the trajectory for America’s first trip to space in 1961, and for the first moon landing in 1969. 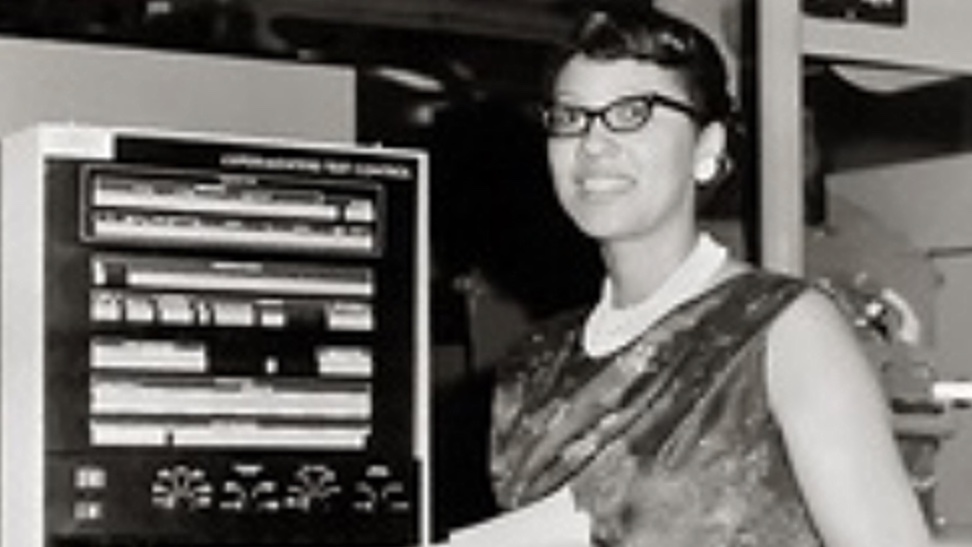 Johnson was figuring out complex mathematics for space flights years before NASA came to rely on computers.

After that, Johnson did calculations that helped with the start of the Space Shuttle program. She also was involved with planning for a mission to Mars. In 2015, President Obama awarded her the Presidential Medal of Freedom, which is given to people who have made “an especially meritorious contribution to the security or national interests of the United States, world peace, cultural or other significant public or private endeavors.” In 2016, NASA astronaut Leland D. Melvin presented her with the Silver Snoopy Award, which is given for outstanding achievements related to human flight safety or mission success.

By then, Johnson was 97 years old. She received that honor during a ceremony that also saw a $30 million, 40,000-square-foot Computational Research Facility being named in her honor. Shetterly, the author of Hidden Figures, gave the keynote address.

“She has such a towering talent, but she has gone out of her way to recognize talent in other people,” Shetterly said at the time. 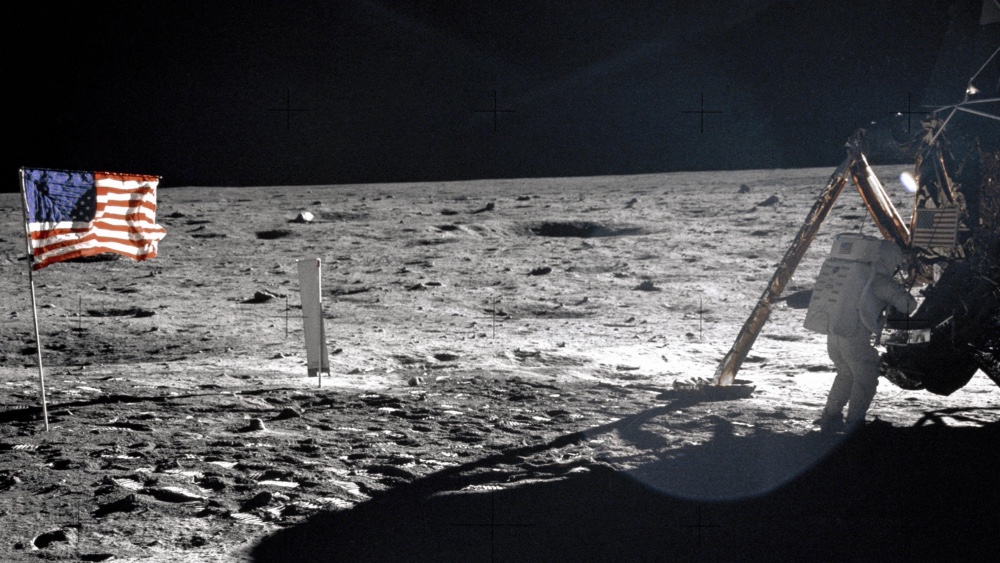 Johnson became so respected within NASA that she was asked to the join the team behind the first lunar landing in 1969 and more than a decade later, she also worked on the space shuttle.

Johnson died in February 2020, but her legacy continues to inspire people of all races and genders today. This month, Northrop Grumman named its NG-15 Cygnus spacecraft after her, and WVU will hold a panel discussion to “celebrate Black History Month and honor Katherine Johnson and the legacy of strong women she inspired.”

Hidden Figures was swiftly followed by numerous accolades for Johnson, including honorary doctorates from universities as far away as South Africa. And today, universities closer to Johnson’s hometown of White Sulphur Springs, West Virginia, continue to honor her legacy, most recently with the creation of the Katherine Johnson Math Scholarship at West Virginia University. 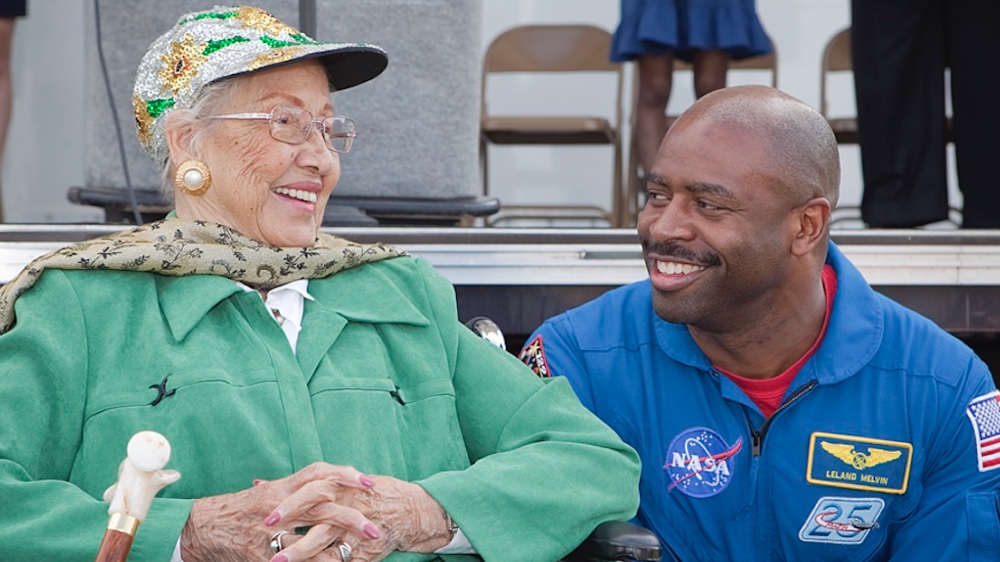 Deb Miller, a former employee of the WVU Foundation, told Robb Report she was moved to endow the scholarship after watching Hidden Figures. When students head to campus at WVU this August, one of them will be the first recipient of the Katherine Johnson Math Scholarship.  An award from Miller’s $50,000 endowment will be given to a student who is a math major, with preference going to a Black student. If there is no such applicant, then it can be awarded to a student majoring in physics, statistics or astronomy, again with preference going to Black applicants.

“I want her memory to serve many, many roles,” Miller says. “A lot of females—not just Black children—are told, You don’t want to be smarter than the boys.” 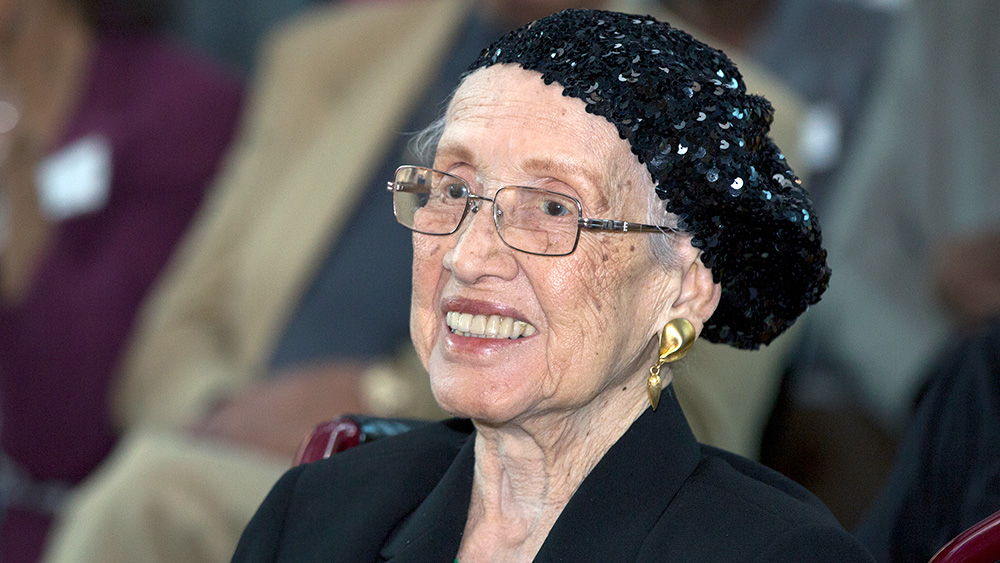 A new scholarship in honor of Katherine Johnson has been started at her alma mater, West Virginia State University, to provide financial aid to students in Mathematics.

Somewhere out there right now, Miller says, is a student like Johnson who could use a little financial help attending WVU. That’s why she endowed the scholarship, to make sure that for years to come, other people will be able to walk in Johnson’s footsteps, and perhaps in the footsteps of astronauts like Melvin, and maybe even beyond.

“When I saw that movie and I appreciated all that went into the life of this woman and what she overcame and the times that she got through, I just knew that her memory had to be made permanent at the university where she had enrolled as a student,” Miller says, adding that Johnson’s daughters helped her ensure all the details about the scholarship were correct. “I’m getting to help other students who have the same kind of brilliance that Katherine Johnson had.”