“Collect ‘em all!” is a mantra often uttered by individuals obsessed with almost any hobby. From Beanie Babies to baseball cards, more is better. And so it goes with Porsches. Of course, the Porsches for sale at the upcoming RM Sotheby’s Online Only: Open Roads auction aren’t Matchbox toys, but a seven-car Swiss collection which will be offered beginning February 19, with respective bidding to close over February 26, 27 and 28. Our pick of the litter is a bright yellow 2004 Carrera GT, and we’ll explain why presently.

What makes this collection particularly interesting is that the oldest among these Stuttgart specials, a 1995 Porsche 911 Turbo Cabriolet, isn’t particularly old in the Porsche scheme of things. Astute Porschephiles will object that there were never any 993-series Turbos made, but even more anorak readers will know that 14 examples were built by Porsche Exclusive Manufaktur. Finished in black over black, with oodles of carbon fiber and a 964-style Turbo S spoiler appended at the factory, this specific 911 Turbo Cabriolet is estimated to fetch as much as roughly $985,000.

That car on offer is the Carrera GT, Porsche’s flash-in-the-pan model that was made from 2004 through 2006. This example was one of about 664 produced to US specification, thus allowing its re-importation. It was sold to its first Stateside owner in 2004 and exported to Switzerland in 2008. With brilliant Feyence Yellow paint (one of five standard colors) and a Dark Grey leather interior, it shows 16,327 km—just a nick over 10,000 miles—on the odometer. And it’s also expected to see bidding as high as that of the aforementioned 1995 Turbo Cabriolet.

We attended the worldwide press launch of the Carrera GT outside Berlin and were simply enthralled with Porsche’s new supercar at the time. Everything from its race-derived V-10 engine to the lightweight flywheel that required deft and nuanced clutch engagement were outliers to a driver used to 911 models, but it was clear from the get-go that this car was no 911. Actually, it almost proved to be a difficult sell. Porsche had intended to manufacture 1,500 examples, but managed to produce only 1,270, priced from $440,000. Once it became just another used supercar on the second-hand market, prices plummeted to nicely optioned 911 Turbo S money. 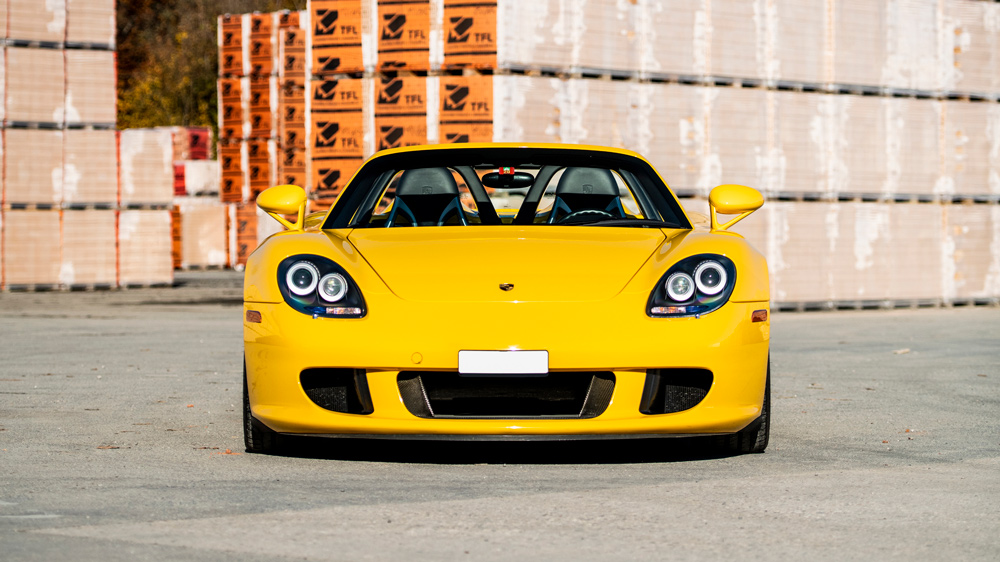 But that was then, and this is now. In our opinion, if any 21st century Porsche has the legs to go the collector-car distance, it’s the Carrera GT. Never mind that the model is renowned for its prickly disposition when pressed hard, a task best left to the most accomplished drivers. I remember riding shotgun on some hot laps with Walter Röhrl, one of the world’s most accomplished rally drivers, who was involved in the development of the Carrera GT. Clearly a driver with the chops to finesse the GT around the corners—quickly—even he’s admitted since that the car is scary. 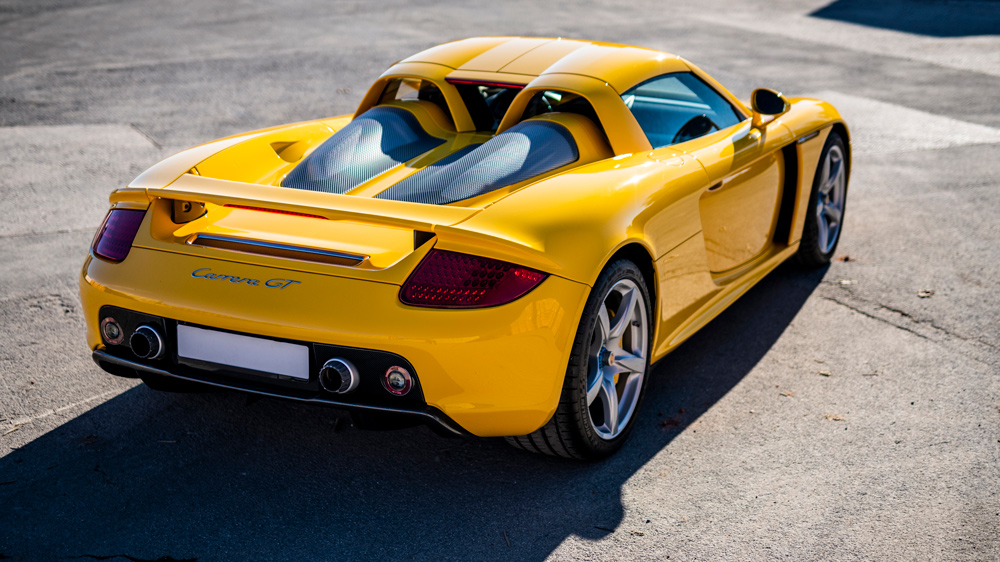 A couple of laps with him under the auspices of traction control were an unbridled thrill, but when Herr Röhrl disengaged the button—effectively throwing the electronic lifesaver overboard—his command of the car was testament to supreme driving skill that had the car’s tires kissing rumble strips with precision measured in millimeters. It was a “Kids, don’t try this at home” moment, and a reminder that the Carrera GT is one big automotive handful. And then there’s the issue that, beyond traction control, there is no ESC (Electronic Stability Control). The fact that a few Carrera GTs have infamously and tragically ended up with dead occupants, including actor Paul Walker and his friend Roger Rodas, drapes a morbid cloak over the model. 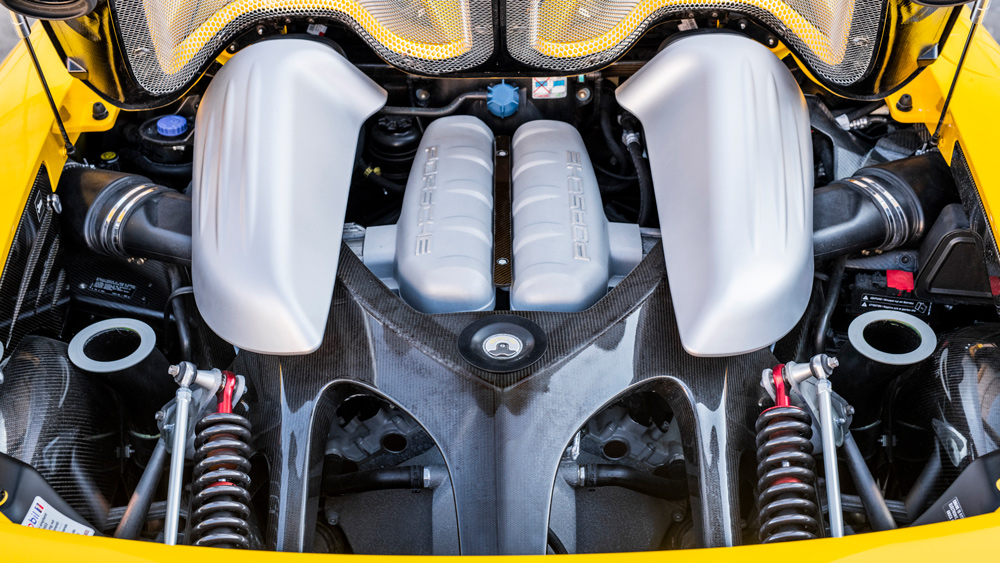 Despite its reputation as a challenging car to pilot, one attraction is that, as high-performance vehicles become more computers than automobiles, the Carrera GT—the bleeding-edge supercar of its era—is now viewed as a wild-and-wooly throwback to an analog age. But lest we become too sentimental, one needs go back another decade, to the pre-OBD II era, for real analog, and a further decade to get carburetors on cars whose only plug within the interior was the one that held the cigarette lighter, right under a big chrome ashtray.

The Carrera GT began life as a concept car unveiled at the 2000 Paris Motor Show. Designed by Harm Lagaay, it initially had a 5.5-liter V-10 engine that grew to 5.7-liters by time of production. Originally developed for Porsche’s Formula 1 efforts, but later scuttled, the dry-sump DOHC engine is longitudinally mounted, mid-rear, and sounds very F1 as it screams to its 8,400 rpm redline. It develops 605 hp and 435 ft lbs of torque, all delivered to the rear wheels. But those numbers are deceiving because the engine and its twin-plate Porsche Ceramic Composite Clutch (PCCC) have such low mass that power is instant-on/instant-off. As is clutch take-up. 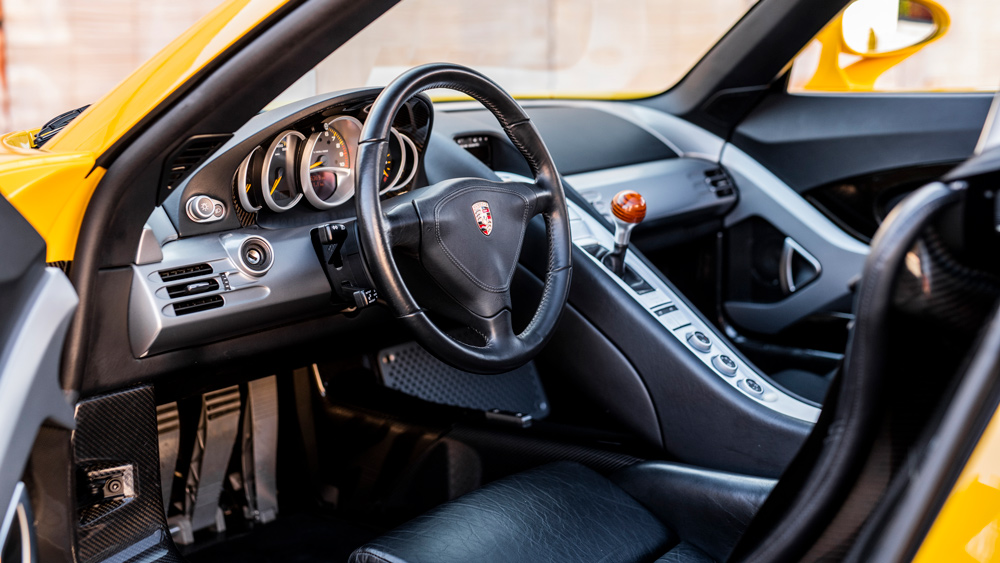 The model was only equipped with a six-speed manual transmission, with a stubby shifter topped by a beech wood knob.

The model was only equipped with a six-speed manual transmission, with a stubby shifter topped by a beech wood knob, reminiscent to the one fitted to the Porsche 917 Le Mans racers. (In 2005, a carbon-fiber knob was also offered.) Called project code 980, the Carrera GT was the poster car for composite technology, incorporating a carbon-fiber monocoque and body that, complete, weighed just 3,043 pounds.

Assuming one can launch it without stalling or lighting up the tires, the Carrera GT can cover zero to 62 mph in 3.9 seconds (officially), though magazines at the time of its release shaved half a second off that figure. Oh, and the car goes 205 mph, a limit best left to the likes of a cool and collected Walter Röhrl behind the wheel.