What’s better than one of late off-roading enthusiast Drew Bowler’s heavily modified Land Rover trucks? How about seven of them, each of which are going up for auction in a matter of weeks.

A collection of custom Land Rovers belonging to former Bowler Motors director Richard Hayward is schedule to hit the block as part of RM Sotheby’s Paris sale next month. Bowler-built off-roaders are notoriously hard to get ahold of—involving lots of waiting and expenditure of large sums of money—but the auction will offer an opportunity to pick up a handful quickly and painlessly.

The clear pick of the litter is the 2010 Land Rover Defender SVX “Spectre.” The blacked-out four-wheeler is a faithful recreation of the stealthy SUV that stole the show in the 24th James Bond film, Spectre. According to the auction house, the reproduction, which features fat, knobby tires, a roof rack and a heavy-duty wench, took over 250 hours to build.

But be that as it may, the other half-dozen Bowler builds are also worthy of your attention. There’s a one-of-a-kind 2015 Bowler Pennine V6 110 Prototype truck and 2013 Land Rover Defender 90 Hardtop TD “Challenge,” both of which feature rally racing-inspired liveries. Alongside those two matching off-roaders are two sporty Defenders, a 2015 Land Rover 90 Hardtop XS and a 2015 Land Rover 110 Landmark XS, both of which will turn heads without looking out of place in the city or country. And for those looking for something a little more bold, there are the gunmetal grey and lime green 2016 Bowler CSP P1 V8 Prototype and the metallic red and charcoal grey 2016 Bowler CSP2 V8 Prototype supertrucks. 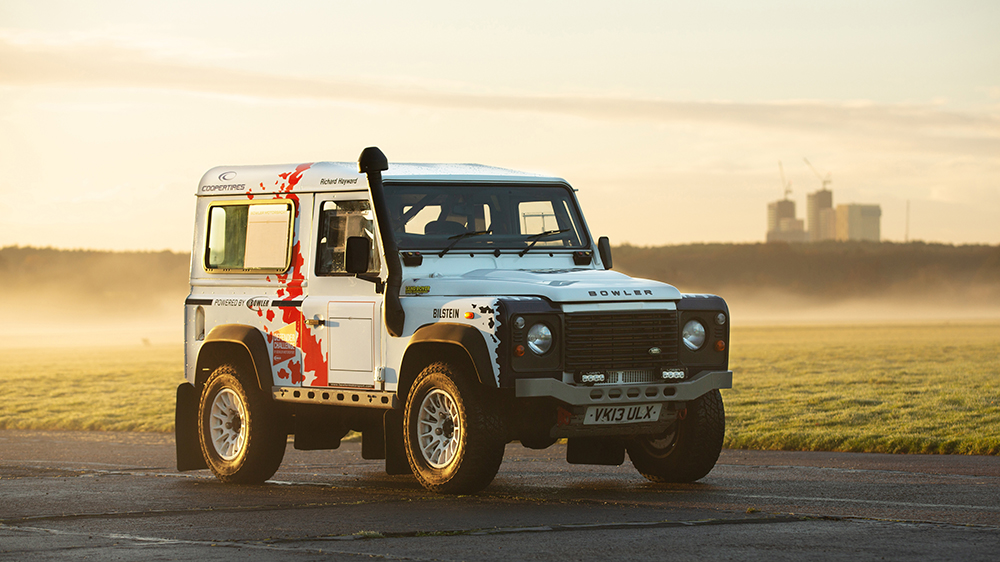 Mechanical details for the seven Bowler off-roaders are scant, but based on the custom shop’s history, we expect these trucks to come fully loaded.  Each of the utility trucks will be offered without reserve when RM Sotheby’s Paris sale is held on February 13. As you’d expect, they won’t come cheap, but considering the exclusivity of Bowler builds, they’re not prohibitively expensive, either. The Defender SVX “Spectre” is expected to sell for $185,000 to $250,000, while the rest of the vehicles are expected to sell for between $75,000 and $125,000.

Check out more of the Bowler builds below: 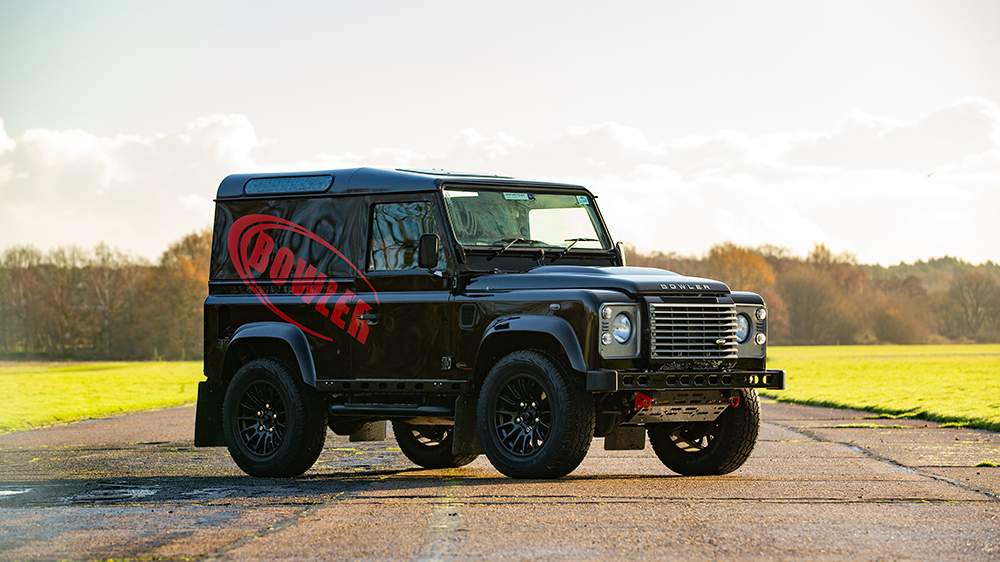 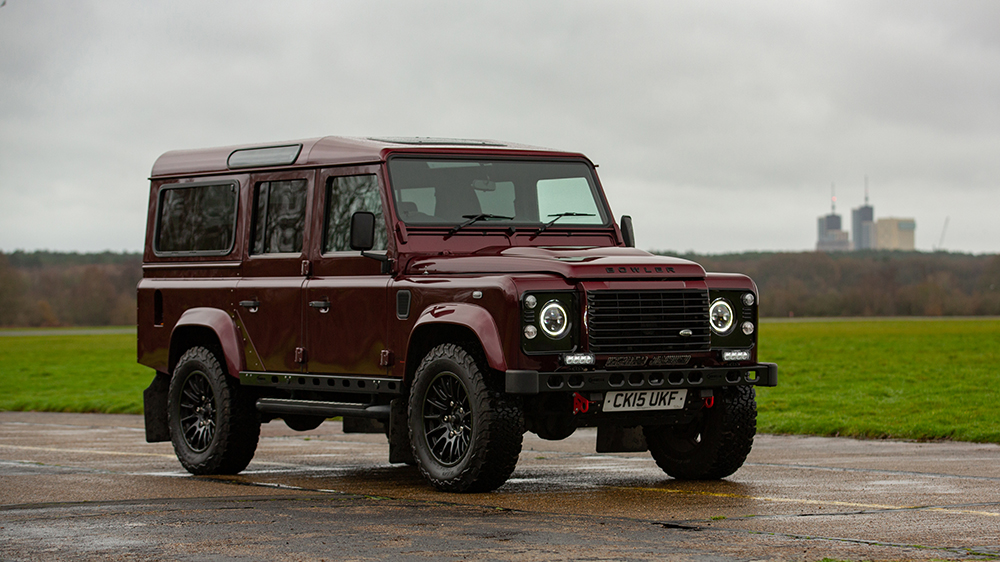 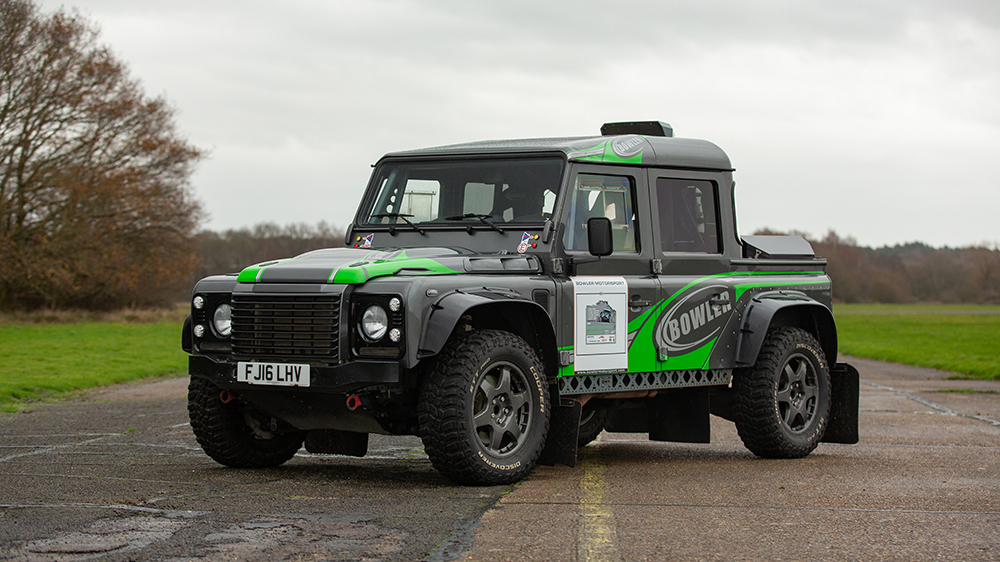 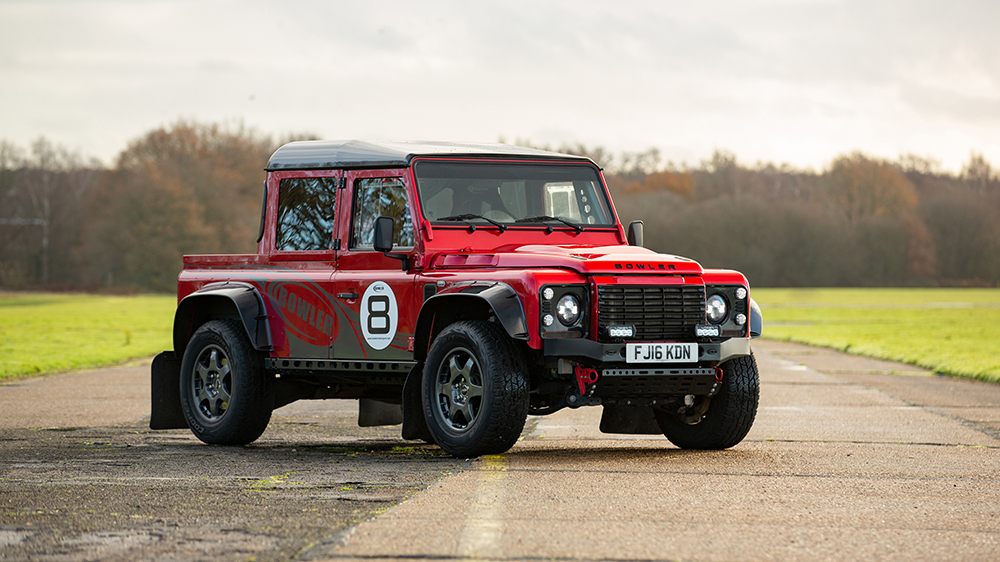